The members of the Advisory Council dedicate their time and effort to the future of The Chappe Institute. With its guidance, The Chappe Institute is very well positioned to develop and prosper with strategies that will fit each development stage – short, middle and long term. 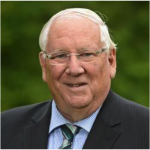 Rudolf von Sandersleben held leading positions in national and international companies active in industry, trade and finance. During his years in Saxony, he was general manager and member of the supervisory board of many companies active in tourism, hospitality, health-care, IT and coach building.

In every activity, his focus is on the international dimensions of business. He is able to contribute his international experience in trade associations such as DIHK and IHK as well as head of several country associations. He is counselor in questions of overseas supply of raw materials to Germany. Further, he is founding member and president of the Business Association of Leipzig. Rudolf also served as Honorary Consul of Sweden in Saxony and Saxony-Anhalt.

With more than 25 years of experience as member of the board and treasurer of one of Germany‘s most prestigious boarding schools – Schloss Salem – Rudolf von Sandersleben has an abundant wealth of experience in the management of institutions of education. 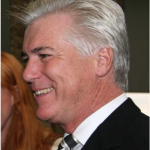 Dr. Baderschneider, holding a doctorate degree (Dr.-Ing.) in Mechatronics Engineering from the University of Stuttgart, Germany, served as Managing Director, Chief Operating Officer (COO) and Deputy CEO for Vacuumschmelze (VAC) from 2007 to 2012. VAC, headquartered in Germany, is the global leading developer and manufacturer of advanced magnetics materials and related magnetic, inductive and electronic products.

From 1994 to 2006 he held various top senior positions in Global Manufacturing, Global Operations, Business Management and Board Memberships with Sulzer Pumps, Tyco Electronics and AMP. In course of these he gathered comprehensive experience in acquisitions, restructuring and strategic realignments of enterprises. He also served as Chairman of the Board of Tyco Electronics EM (Shenzhen), Co Ltd., China.

From 1988 until 1993 under his leadership as AMP’s Chief Engineer in Germany automotive electronic connector systems have been developed that are today’s industry standard worldwide.

From 1982 until 1988 he served as Program Director at a research institute that was funded by the German micromechanics industry and realized the commercial break through of radio controlled clocks. 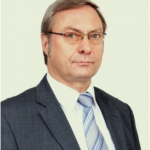 Prof. Schlayer focused his research in electro magnetic compatibility (EMC) in context of the utility industry.

He held a chair in electric engineering and theoretical electrical engineering at HfTL before being asked to become Vice-President. He held the office of Vice-President for 10 years in which he managed the development and shaped the future of the Master and Bachelor degree programs in engineering.
His many publications include the co- authored textbook “Elektrotechnik” which is considered by many generations of engineering students – in Germany and International – as the standard in this field.

In a joint effort with industry, he heads the EMC Center Leipzig, where small and medium sized companies are able to test their products to comply with EU standards. 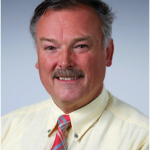 Prof . Brückner looks back at an impressive academic career in the field of photonics. Having held chairs at Friedrich- Schiller-University Jena, Germany (full chair) and at Amsterdam University (Netherlands), Essex University (Great Britain) and BUAP at Puebla (Mexico) (visiting chairs), he received a call to become full Professor and head of the department for optical Telecommunications at HfTL, Leipzig (Germany).

He headed HfTL as Rector for nearly 10 years before his official retirement in 2011. In his time as Rector, Prof. Brückner re-invigorated the international relationships of the University and prepared the institution for the future by introducing study programs that are compatible to EU standards (Bologna program).

His list of publications includes more than 150 articles in A-journals and first degree conference proceedings. He is author of several books on global networks and telecommunications, the latest published by Springer in 2015.

Prof. Brückner is founding member of the SEMEYSTVO network, a group of 12 European universities that focus on telecommunications. 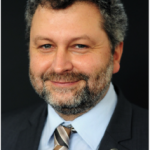 Thomas Graupner studied electronic- and electric engineering and mathematics at Technical University Dresden , Germany
Since 2009 he is head of the electro technical vocational study center of the city of Leipzig (BSZ 7, Leipzig). The study center is the electric and IT competence center of the region and for many years actively engaged in education cooperation with centers in Poland and France.

He was a member of numerous delegations representing the state ministry of Saxony and the city of Leipzig in China, North Korea, Israel, Latvia and France.